We are starting to publish webcomic «In The Thumbscrews Of Jungle»

Hooray! Finally we waited. Meet the cover – the beginning of the second part of the comic «Prescription BBQ from Mr. Laam» this part is called – «In The Thumbscrews Of Jungle». This comic is dedicated to all chasers and fans of big hairy guys with a masculinity build. Usually the type of these guys is called a hairy bear or chubby bear. Especially if you fantasize about seeing a big manly daddy bear in adventures and danger when he fights for his life and resists not to become a victim.
The plot takes on unexpected forms and even the cover itself raises many questions – what the hell ?! What’s happening?

You will learn about all this by exploring the second volume of the comic. The second volume is more provocative, and we go even further beyond the boundaries of normalcy by telling you fairy tales at night.

As you remember, the first part of the story ended at the climax, when the protagonist of the story Micah was suddenly captured and immobilized in a specially equipped armchair disguised as a massage. And then he got an injection of sleeping pills in his neck and passed out.

Up to this point, everything looked like a luxurious vacation, and there was nothing unusual, except for some little things that are not noticeable at first glance. But in fact, the trap has already slammed, the victim is simply unaware of it.
Mr. Laam’s sophisticated plan is to play with his prey.

Up to this point, everything looked like a luxurious vacation, and there was nothing unusual, except for some little things that are not noticeable at first glance. But in fact, the trap has already slammed, the victim is simply unaware of it.
Mr. Laam’s sophisticated plan is to play with his prey.

And while the preparations are underway, the owner of the villa pleases and nourishes his “invited guest”.
The plan goes on its own course and time inevitably brings the main character closer to the fatal fate prepared for him, which he still does not suspect.

As you understood from Mr. Laam’s speech, Micah was not chosen by chance, they were looking for a candidate for a sacrifice for some time and chose him for many reasons. Of course, first of all, this is the size of the male, masculinity – he should resemble a large beast. Muscle and fat, reproductive age as well as great strength and wild disposition.

In the second part, everything will become clear and Mr. Laam’s shocking plan will be revealed. There are many action scenes here, and the struggle for survival. The characters act openly and decisively. You will find out exactly why, they lured a big chubby guy to their villa. B whether they will be able to implement their crazy plan.

Please remember, by supporting us on Patreon or this site you give life and development to this project. The more regular patrons we have, the more time we can devote to creativity and comics. After all, comics are a more complex level of creativity than just art. Micah boar is chained up and knocked off his feet

Below is a sneak peek of this content! This is an art addition to the 9th page of… Micah boar is chained up and knocked off his feet 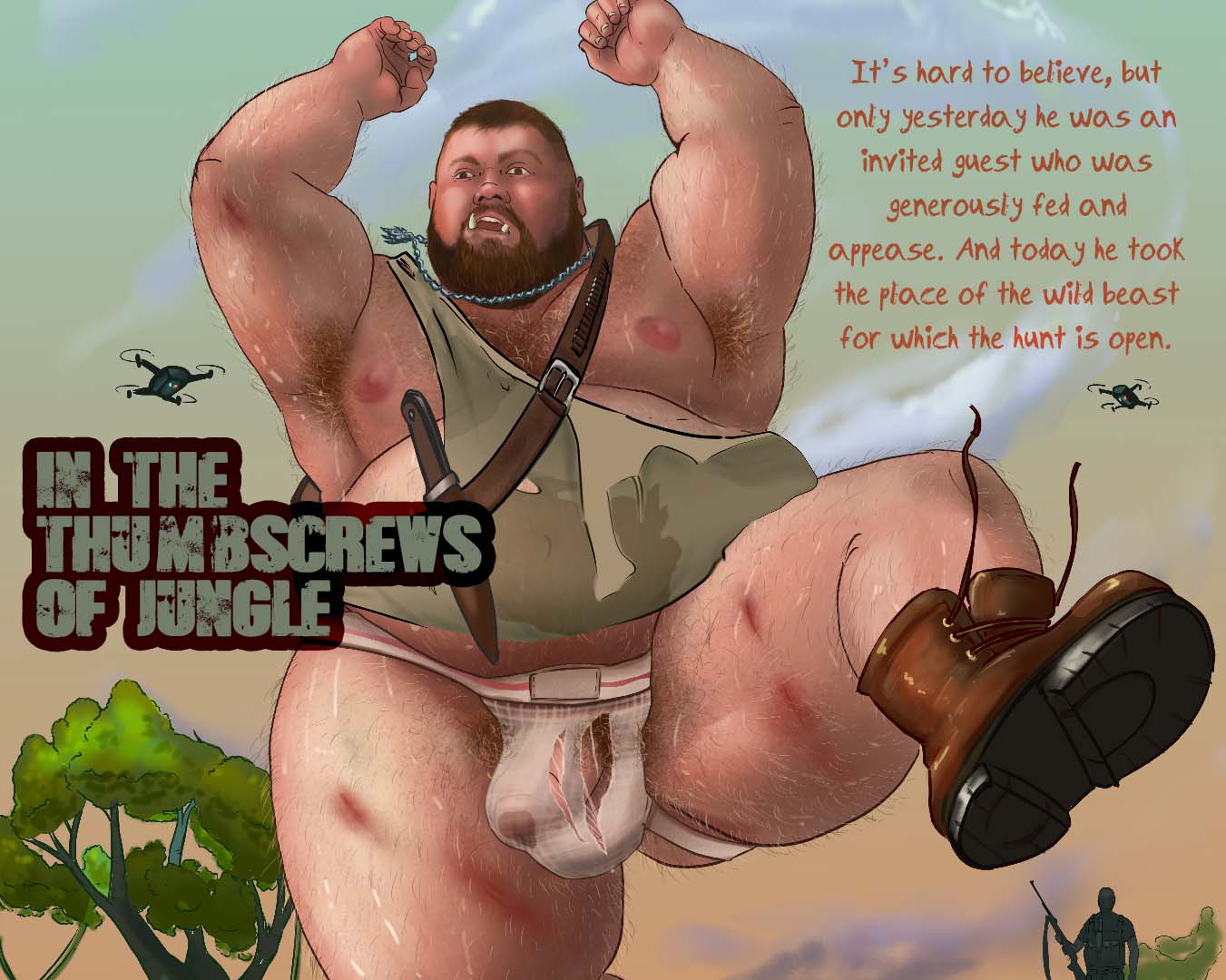 In The Thumbscrews Of Jungle EN/RU

Here you will find the latest information on updates to this webcomic project In the genre of deviant creativity with the main character of muscle chubby bear type or bara style. All new pages that are created will be added to this post and you can follow the progress.

A Compliment From The Chef 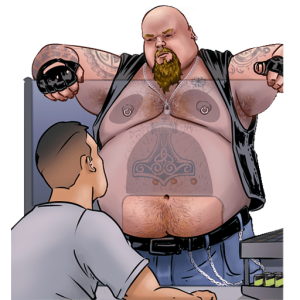 Welcome to BedtimeStories18.Art
Join our deviant fantasy community and become a patron.
Subscribe to access uncensored content here on this site, plus on Patreon and Discord.

TRANSLATE with
COPY THE URL BELOW

EMBED THE SNIPPET BELOW IN YOUR SITE

We use cookies on our website to give you the most relevant experience by remembering your preferences and repeat visits. By clicking “Accept”, you consent to the use of ALL the cookies.
Do not sell my personal information.
Cookie SettingsAccept
Manage consent

This website uses cookies to improve your experience while you navigate through the website. Out of these, the cookies that are categorized as necessary are stored on your browser as they are essential for the working of basic functionalities of the website. We also use third-party cookies that help us analyze and understand how you use this website. These cookies will be stored in your browser only with your consent. You also have the option to opt-out of these cookies. But opting out of some of these cookies may affect your browsing experience.
Necessary Always Enabled
Necessary cookies are absolutely essential for the website to function properly. These cookies ensure basic functionalities and security features of the website, anonymously.
Functional
Functional cookies help to perform certain functionalities like sharing the content of the website on social media platforms, collect feedbacks, and other third-party features.
Performance
Performance cookies are used to understand and analyze the key performance indexes of the website which helps in delivering a better user experience for the visitors.
Analytics
Analytical cookies are used to understand how visitors interact with the website. These cookies help provide information on metrics the number of visitors, bounce rate, traffic source, etc.
Advertisement
Advertisement cookies are used to provide visitors with relevant ads and marketing campaigns. These cookies track visitors across websites and collect information to provide customized ads.
Others
Other uncategorized cookies are those that are being analyzed and have not been classified into a category as yet.
SAVE & ACCEPT
Powered by